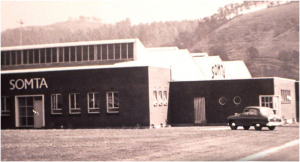 Somta Tools was founded in 1954 by Samuel Osborn Ltd of Sheffield, England. The name Somta is an acronym derived from the names of Samuel Osborn (founder of Osborn Steels U.K.), and Robert Mushet (the 19th century inventor of High Speed Steel).

Original Products: Somta started out producing Twist Drills, Reamers, Toolbits and Chisels with a complement of about 20 employees. 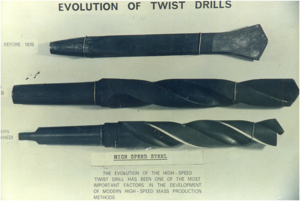 A First: One of Somta’s claims to fame is that its former parent company produced the first Twist Drill made from High Speed Steel. Prior to 1870, twist drills were made from a flat piece of steel and then physically twisted, hence the name. Thereafter the flutes were produced on milling machines until the grinding method arrived.

Milestone: One milestone worth a mention is when Somta purchased a Hertlein drill flute grinding machine in 1963, even before the parent Sheffield company bought one. This machine is still in operation today. This machine grinds the flutes of a drill (up to 13mm diameter) in one pass in a solid hardened blank. This was unheard of in those days.

Growth at Somta (1963 – 1979): Somta gradually grew in both output and number of employees. Numerous products were added to the range during this period. In 1979 the company was purchased by Haggie Ltd, one of the largest steel rope manufacturers in the world. The South African mining sector was their biggest market.

Continued growth at Somta (1980’s): With Haggie as its owner, Somta progressed and accelerated its growth. This was achieved by investment in capital equipment and by acquisition.

Introduction of Friction Welding (HSS body, EN9 shank): Somta introduced friction welding in 1980, the first cutting tool company to do this outside of the UK.

Introduction of CNC Grinding Machines: In the early 1980’s, CNC grinding machines were being developed in the USA and Europe for this industry. Somta purchased a number of these machines. This technology ensured greater consistency in quality and enabled Somta to enter and compete in world markets. 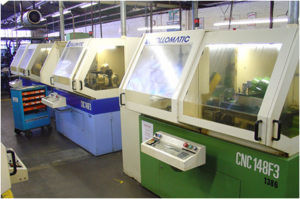 Clarkson & Mitco Acquisition: Somta acquired Clarkson Tap and Die South Africa (conveniently located next door) in 1982 and Mitco Tools Pietermaritzburg in 1984. Clarkson had about 60 employees and Mitco about 160. The Mitco premises were closed with all of the employees and machinery moving to the present Somta site at Edendale Road.

Factory Expansion & Divisions: Working space was at a premium with so many more people and additional equipment. It was therefore necessary to extensively add factory space. It was decided to establish separate factories for product types, for instance Steel Stock and Blank Prep, Drills, Taps, End Mills and other factories. 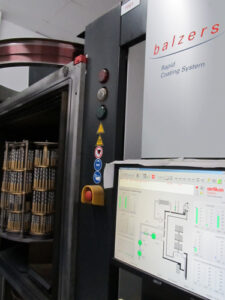 Each factory had its own manager who was responsible for hiring staff, training, quantity, quality, cost etc. This occurred in 1986 and this concept remains today. The employees in each factory became product specialists.

Change of ownership (1999 – 2003): In 1999 Haggie decided to ‘unbundle’ its non-core or non-mining related companies, of which they had quite a few. Somta was then purchased by Brooke Industrial Holdings in the UK. Unfortunately Brooke ran into difficulties in 2003 and went into liquidation. Somta then underwent a management buyout largely funded by the SCMB (Standard Corporate Merchant Bank).

US$ 2 million Investment in Balzers Coating Plant: In 2003, Somta integrated a state-of-the-art Balzers PVD Rapid Coating System into its manufacturing programme, offering the Innovative range of Balzers BALINIT® high Performance coatings on all cutting tools. This enabled Somta to offer coated cutting tools to compete with the very best high tech tool producers in the world.

Machine Development at Somta: One of Somta’s strengths is its ability to design and develop its own cutting tool manufacturing machines in-house, originally initiated because of a weak Rand and long delivery times from machine tool manufacturers. There are obvious competitive advantages of in-house machine building. 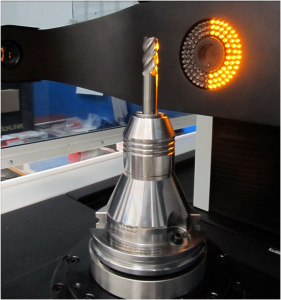 Included in this investment was a Walter Helicheck Basic 3, for non-contact complete measurement of rotationally symmetrical precision tools with complex geometry, which significantly improves quality and inspection procedures.

To accommodate these new machines and allow space for further expansion, the carbide production facility was expanded. This expansion allowed for a dedicated test and training facility which included the addition of a HAAS VF-3YT CNC vertical machining centre, to test, run and enhance current and new tool designs, as well as for training purposes. 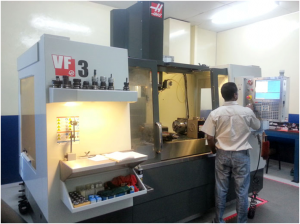 SOMTA can now utilize its state-of-the art R&D facility to find solutions to difficult machining applications or material types. SOMTA is able to simulate the production conditions so that their customers no longer have to break into critical production lines to conduct testing. No other facility on the African continent boasts the combined manufacturing, measuring, coating and testing capabilities of Somta Tools.

Somta Partners with Global Cutting Tool Leader, OSG: In 2016 Somta partnered with global cutting tool giants OSG, with OSG becoming the majority stakeholder. As a result Somta gained access and support to OSG technologies and expertise on a global scale, and can now offer OSG cutting tools to the South African market.

Awaso Tools: In 2018, Somta Tools assisted in the development of Awaso Tools (PTY) Ltd. The name Awaso was conceived by reversing Osawa to honour Hideo Osawa, founder of OSG back in 1938.

Awaso is a BBBEE Level 2 company, and an authorised distributor of Somta Tools, and is a registered supplier on the National Treasury Central Supplier Database. Having a National footprint, Awaso Tools has the ability to provide products and services to all provinces within South Africa. Being an authorised distributor of Somta Tools, Awaso Tools has access to sell all Somta and OSG products. 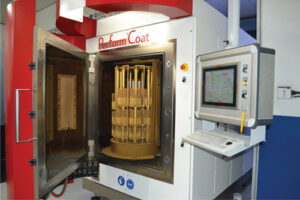 The USA-designed and manufactured PerformCoat PfC540 PVD coating machine has been developed in conjunction with OSG Japan and it now allows us to implement coating layers with adjustable properties for toughness, hot hardness, wear resistance, oxidation resistance and colour. These include mono, multi, nano and gradient coating structure.

Company Mission
To manufacture and supply superior cutting tools, driven by a culture of service excellence, to global and domestic markets.