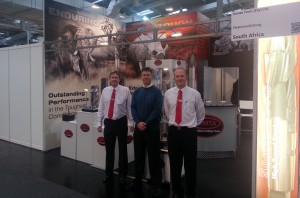 David Risk, Lance Hockly and Allan Conolly in front of the Somta stand at EMO Hannover 2013

The company had its own booth at the show displaying its products, and had the goal of generating new business for the company. As an idea of competition, there were probably in the order of at least 200 other suppliers displaying similar products – with an increasing number coming from the East (China, Taiwan etc).

The Somta stand, whilst small compared to many, was very professionally laid out and the marketing team did an outstanding job – we can all be very proud of the excellent job they did.

We saw many of our existing customers at the show, and also met many new potential customers. Members of our team also met with many of our various suppliers, looking to understand what new technology was available and how could this benefit Somta.

The show was well attended and many people we spoke to indicated that they expected a steady but slow improvement in the world economy. No one predicted that things would get worse over the next few years which was encouraging to hear.

In summary this was a very good show for Somta that I am sure is going to yield some exciting new business for the company. The team that was there worked very hard and you can be proud of the way they went about their business.

We hope to be able to update you with some tangible results in the coming weeks and months. 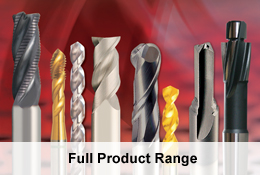